Two deaths— each  purportedly a suicide,  each with its roots deep in the secret world, each with its own perplexing mysteries—wrenched Pete Bagley, retired and somewhat besmirched spy, from the complacency of his pleasant exile and set him on the twisting path back to the shadowy battlefields of his previous life. It would be, he fully recognized, his final mission, his last chance to set straight the betrayals, both personal and professional, that had scarred not just the agency, but also his own family of spies. And like every old man who at last musters the courage to confront unfinished business, he could only hope that it was not too late.

The first death had occurred without Pete’s—he’d been christened Tennent, but his mother early on had started calling him Pete and the name stuck—immediate knowledge; at the time he’d been living a retiree’s life of contemplative leisure with his wife and his books in the pretty city of Brussels. In fact, the suicide—if that was what had really happened—had been kept a closely guarded secret, and it wasn’t until a month or so had passed—the shared time line was deliberately murky—that the Soviets allowed the grim news to leak. Of course by then, in the aftermath of the menacing arrest and the ensuing diplomatic blowup, there was no longer any operational reason for secrecy. Still, the battle-scarred cold warriors in the SB, as the CIA’s Soviet Bloc Division, where Pete had once served as deputy chief, was known, couldn’t help but wonder if the normally reticent KGB hoods had only grown talkative because they couldn’t resist giving the knife they had planted deep into the heart of Moscow Station another vindictive twist.

The least disputed parts of this drama began to play out on the evening of July 15, 1977, a deceptively calm and quiet summer’s night in Moscow. A cooling breeze floated off the Moscow River, party apparatchiks hurried across Red Square on their way home from work, and lovers abandoned the pedestrian bustle of Prospekt Mira to disappear hand in hand into the secluded nooks of the Apothecary Garden. But it was a time of high alert in Moscow Station. In the boxlike seventh-floor spook’s nest hidden away in the US embassy on Novinskiy Boulevard, the spies were hoping that tonight’s operation would calm their worst fears.

When an agent goes silent, there can be many benign reasons. Operatives, too, have their quotidian, overt lives to live. They can catch the flu, grow frazzled trying to placate the demands of a relentless boss, get roped into entertaining visiting in-laws, or even mark the wrong date on their calendars. But hard-nosed professionals wearily concede that the search for excuses is largely wishful thinking. When a usually productive Joe can’t be contacted, when he misses a rendezvous or doesn’t service his dead drops, the truth is staring you in the face with a sickening inevitability: He’s been compromised, no doubt languishing in a cell in the Lubyanka, if he hasn’t already been summarily dispatched by a firing squad.

Tonight would bring clarity. It would resolve once and for all the disquieting questions surrounding the all-star agent the station was running deep inside the enemy’s citadel—the spy code-named Trigon.

Four years earlier, in a steamy Turkish bath in Bogotá, Colombia, a CIA officer with only a towel wrapped tight around his waist for a semblance of operational propriety had sidled up to Alexander Ogorodnik, a silky midlevel diplomat at the Soviet embassy, and had launched into his recruitment pitch. There’s no transcript of what was said, but presumably the CIA recruiter would have first methodically recounted all the reckless behavior that in the course of just a brief posting had characterized the married foreign service economist’s very undiplomatic life in Latin America; e.g., his frenetic juggling of romances with several of his colleagues’ wives, his illegal wheeling and dealing of automobiles purchased at diplomatic discounts, his teetering pile of debts, and, not least, the recent announcement by his young Colombian mistress that she was pregnant. The implication would’ve been clear: If the Americans without really trying had discovered all this, how long would it take for the diplomat’s Soviet comrades to catch on to his shenanigans? And it would’ve been unnecessary to point out that the dour Russian foreign service bureaucrats were as unforgiving as they were judgmental. Then when the CIA man saw that it wasn’t just the steam that was causing the diplomat to sweat, he’d munificently offer up a way out of all this mess: a chance to earn the sort of money that would make old problems go away, as well as finance new ones.

The moments that follow any approach are always pregnant, a tense time when things might veer off in any direction. There’s no telling if the prey will scream with indignation, or if he’ll slink off shamefaced to put a bullet in his head. However, Ogorodnik, according to the bemused CIA accounts, didn’t hesitate. He promptly announced that he’d never been a fan of the Soviet system. In fact, he insisted, he’d always been a capitalist at heart. And as if to prove it, he quickly proposed a very lucrative arrangement for his services.

A crash course in tradecraft was conducted over several weeks in a room in a Hilton hotel in downtown Bogotá. Shooting documents with a tiny T50 camera concealed in a fountain pen as well as mastering the protocols for dead drops can be a tricky business. Yet to his new handlers’ delight, the diplomat was a natural. With surprising speed, the agent code-named Trigon was up and running.

Only it wasn’t long before disappointment set in. The camera work was first-rate, the deliveries flawless, but top dollar was being shelled out for bargain-basement product. The spymasters in Langley had a bad case of buyers’ remorse.

Then in 1974, Ogorodnik was transferred back to Moscow and given a desk in the Ministry of Affairs that gave him access to a steady stream of top secret memos and planning documents. And just like that, the CIA’s high-priced investment turned prescient. Trigon was soon making regularly scheduled drops of rolls of T50 films that, when developed, brought a treasure trove of secrets into focus. Moscow Station now had eyes in the enemy’s house. Langley was head over heels.

But after nearly two high-flying years, the exuberant mood had grown subdued, even a bit glum. Warning signs had begun to appear. In January 1977, a CIA officer skied through a fresh blizzard of snow to the designated drop site in a forest on the outskirts of Moscow. Nothing could be found. Perhaps the snow had deterred Trigon, the optimists wanted to believe. So after an uneasy month of waiting, Moscow Station tried again: A hollowed log filled with previously requested communication gear was left at the usual site. It was never retrieved. But then in April, Moscow Station broke out in cheers when Ogorodnik left a cache of film canisters as scheduled. Only once the station’s tech officers sorted through the material, there were renewed doubts. Every spy has his own handwriting, the way he goes about his clandestine tasks, and to the discerning eyes of the analysts at the embassy, this cache didn’t seem to be Trigon’s handiwork. It was too sloppy, assembled without his usual meticulous tradecraft.

Yet refusing to accept the unacceptable, Moscow Station decided they’d give Trigon one more try. A coded message was sent by shortwave radio requesting that if he was ready to resume work, he should send the prearranged signal.

And to the rekindled excitement of the true believers in Moscow Station, he did. A red dot appeared on a “Children Crossing” traffic sign adjacent to a Moscow school.

There were naysayers, though, who had misgivings. They dismissed this signal as a lure. To their skeptical eyes, the red dot was clearly stenciled—and no genuine fieldman would stick his head out of the shadows long enough to execute that sort of painstaking procedure. Further, the stenciled dot was colored in a red as bold and bright as the Soviet flag—and that, too, didn’t seem a secret agent’s furtive doing. It was all too deliberate; in the field, subtlety was the guiding rule.

In the end, both sides agreed there was only one way to find out for sure.

Excerpted from The Spy Who Knew Too Much: An Ex-CIA Officer’s Quest Through a Legacy of Betrayal, by Howard Blum. Copyright 2022. Published by Harper. Reprinted with permission. All rights reserved. 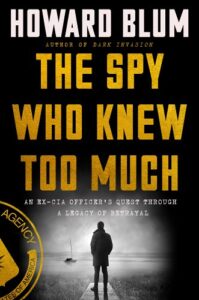 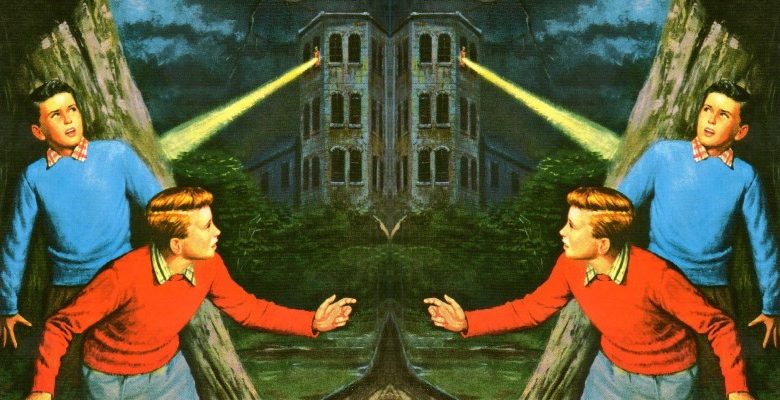 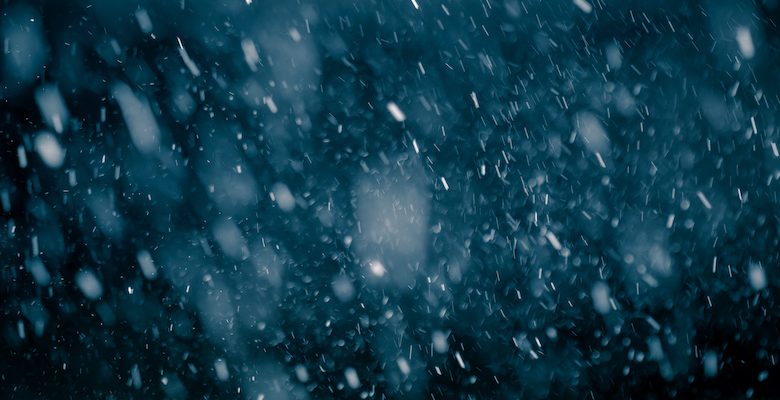