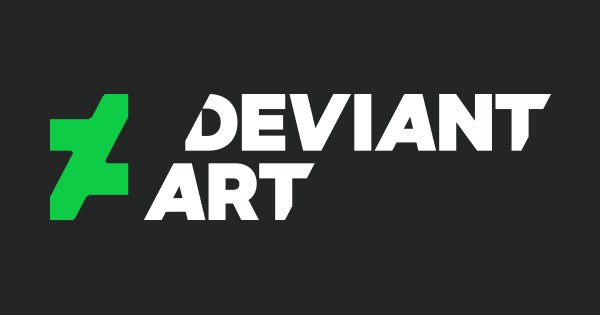 Logan and his girlfriend Julie discover a small cave while hiking and find a magical secret that could change their lives for ever.

Logan and Julie looked around at all of the green trees as the warm air flowed through the woods of the mountain they were hiking on. Logan felt the breeze move across his face and through his brown hair. The young couple had been planning this trip for quite some time and finally had set apart a weekend to go out for a hike in the mountains.

“Hey Logan! Get a move on!” Julie called out noticing her boyfriend had stopped walking and was falling behind.

“Coming!” Logan shouted as he headed back up the hill to meet his girlfriend of 4 years.

Julie was one of those girls that looked absolutely cute in anything she put on with a freckled face and long dark hair. Her green eyes made her look even more unique. The two of them continued up the mountain for several more hours before making camp near a small stream.

The following morning the two hikers were up with the rising sun. They packed up their camp and continued on their way up the trail. After a few hours of hiking they stopped for a bathroom break in the woods. Logan quickly pissed and waited while his girlfriend finished up. He stood around and looked down at his watch as five minutes went by, then ten minutes, and then fifteen. Just before twenty minutes had passed Julie came into view.

“I found a pretty cool cave over there. Lets go check it out.” She said pointing over to a rocky cavern.

Logan’s curiosity was peaked so the two grabbed their flashlights from their bags and made their way inside. The two of them followed the tunnels deeper and deeper.

“How far do you think these go? Logan asked after almost thirty minutes of moving through the cave.

“I’m not sure. Why do you want to go back? Julie asked with a teasing tone in her voice as if to mock him for being scared.

“No we can keep going. Do you think this is man made?” Logan asked as they continued.

“I don’t know. I- oh my gosh!” Julie shouted as her flashlight fell onto a skeleton laying against one of the walls.

“Woah!” Logan said with more surprise and interest then his girlfriend’s cries of horror at the sight.

Logan moved over to the skeleton and looked at the scene. The skeleton had on very old clothes. Possibly from the 1600s or 1700s. An old musket lay on the ground beside the figure as well as a wooden box.

“What are you doing?” Julie asked as Logan bent down to open the box.

“Are you not curious?” Logan asked with a smirk.

The young man then bent down and flipped open the latch on the chest opening the lid. Inside the old crate was a single object – a oil lamp of some kind. The lamp had engravings across it in a language long lost to the world.

“It’s a genie lamp! Maybe you should rub it and get three wishes!” Julie said jokingly.

“I wish” Logan said as he picked up the lamp.

While holding the lamp in his left hand Logan placed down his flashlight and rubbed the lamp jokingly. Just then he felt the lamp become hot in his hands and turn red from heat. He quickly dropped the lamp in shock.

The cave filled with so much of the green smoke Logan and Julie could not see anything aside from the red steaming lamp. The couple held each other and watched in shock as a figure started to appear through the mist. The heat from the lamp dissipated and a figure stood in front of the couple. Julie lifted her flashlight and the two saw what appeared to be a woman in her 20s standing before them. This tan stranger had her brown hair tied up in a ponytail and was wearing strange clothes similar to that of an exotic dancer.

“Wow sorry about that. It normally doesn’t take that long but ive been cooped up for a few hundred years.” The woman said as her brown eyes looked over at Logan and Julie.

“Poor guy – he never even tried to have a wish granted from me” the unknown woman said looking down at the skeletal remains.

“W-who are you?” Logan asked with a stutter.

“My name is Alya, I’m seven thousand eight hundred and – forty six I think. And I’m a genie.” She said.

“A genie?” Julie asked not believing his eyes or ears.

“Yes cutie – you know rub the lamp and get a wish – anyway – which one of you got me out of that cramped lamp?” Alya asked.

“Okay well here is the drill – you set me free so you get one wish” Alya explained.

“One wish? Not three?” Logan asked.

“Yes one – where have you heard that we give three wishes? That One rub equals one wish.” Alya replied.

“Well – umm –“ Logan mumbled looking back to Julie not sure what to do.

“Anything we want babe – money, power, world peace, our own island-“ Julie said trying to list off ideas.

After a moment of looking at his gorgeous girlfriend Logan turned back to the genie.

“Men- you are all the same” Alya said as she lifted her left hand and snapped her fingers.

“Wait Logan!” Julie said but it was to late – the genie had snapped her fingers and the wish had been made.

“I don’t feel anything” Logan said.

“What did you expect? That you would just be transported to some whore house? Magic takes some time to kick in.” Alya explained.

“What a waste of a wish babe!” Julie said in shock.

“We could have had so much and you wasted it on a sexual fantasy?!” Julie shouted.

“Oh gosh – here let me kick off the magic –“ Alya said as she walked over to Julie.

The genie then grabbed Julie and kissed her. Logan watched in amazement as the Alya and Julie kissed. Alya began to fondle Julie through her clothes then under her clothes.

“Are you going to help or just stand there?” Julie said looking over as her boyfriend as the magical genie exposed and felt of Julie’s perky breasts and slid a hand into her pants.

Logan immediately joined in the incredible experience. With another snap of Alya’s fingers lit torches appeared along the walls with a bed in the middle of the cave opening. The three made their way to the bed removing clothes as they moved. Once on the bed Logan took ever benefit and position he could to have his way with Alya and Julie. His girlfriend had never looked happier in her life as her moans echoed through the cave. The genie used her abilities to do things with Logan and Julie that no other human ever could. Julie’s eyes rolled into her head as Alya licked her pussy while Logan plowed her. Logan watched as both females sucked him off and Alya even fingered his ass which was a delightful surprise. Logan burst again and again but never seemed to be finished. The sex went on for what felt like hours as the three bodies took turns blowing each other’s minds.

“That was amazing” Julie panted looking over to her boyfriend.

“It was decent – Ive had better” Alya said.

“Thank you” Logan said to Alya.

They grabbed their flashlights, got dressed, and headed out of the cave with the magic lamp securely in Logan’s backpack. The two talked the entire way down the mountain about their experience and what could happen in the future. Although Julie had been against the wish at first her experience with Alya clearly changed her mind and got her very excited about it. That night the two camped out and had sex under the stars. The following morning it all seemed like a dream as they finished the trail and got back to their car. They then drove several hours back home with not much happening – but as Alya had said – their wish had only just started and the magic can take a while to fully kick in.

Free Sex Story: I [F] fucked my Uber driver [M] on the back seat after a night out – Short Sex Story