About a month before my 19th birthday, my parents sat me down and told me
the news that they were getting a divorce. I wasn’t really surprised since
they had been sleeping in different rooms for over a year, but the worst
part was that they wanted me to spend the summer with my mother’s twin
sister, Aunt Linda, who I haven’t seen for over 3 years. We all thought
that Aunt Linda was strange because she has never been married. The rumor
in the family was that she was a lesbian.

When I arrived in South Carolina, I was amazed at how much Aunt Linda looks
like my mother. I knew that they were identical twins, but it is impossible
to tell them apart. On the way to her house, Aunt Linda told me that she
knew I wasn’t exactly excited about spending the summer on a farm, but she
promised it wouldn’t be all bad.

You may also like this story: Punishing The Runaway

When we got to her house, she took me around the huge house and showed me
all the rooms. Then she told me that the house was used in the underground
railroad during the old days before the Civil War. I had read about it in
school, but really didn’t know much about it. She told me that over the
years she had found quite a few secret doors, passageways, and hiding places
through the house. I asked her to show them to me, but she said that it
might be fun if I looked for them myself and it would give me something to
do on rainy days.

After about a half hour of looking, I found a small lever on the inside edge
of the bookcase. I pulled it out and one entire section of the bookcase
pushed in to reveal a opening. With flashlight in hand, I went forward into
the passageway. The passages seemed to wind all around the huge house.

You may also like this story: It Stings So Sweet

On the 2nd day of exploring, the batteries on the light went dead. At
first, I couldn’t see anything, but as my eyes adjusted to the light, I
could see rays of light passing through small holes in the wall. The first
hole I looked through was to the kitchen, where I saw Aunt Linda washing the
dishes. After watching her for a minute or so, I began to search for other
holes in a effort to make a mental map of the passageways. There was at
least one hole in every room on the first floor and I also found a few other
secret doors on that day.

After a few days of searching around, I told Aunt Linda that I found all the
secret passages and she seemed really surprised. She told me that it took her
months to find them all and had thought that there may be some that she
never found. She then asked if I was sure I had found them all. I told her
yes I did and they go all around the house. She smiled and said,”oh that’s
all you found.” She then told me that they go up and down and Uncle Jake
even claimed to have found one that led to the barn.

You may also like this story: Whatever Daddy Wants

So, after dinner, I excitedly hurried off to the passages again. This time
taking the flashlight to see what I had been missing. Sure enough, I found
some secret doors leading up and down. I climbed up first, and walked along
a very narrow passage on the 2nd floor. I heard water running and turned
off the flashlight to see if I could see light coming from any holes. At
the far end of the passageway, I saw several beams of light.

1 day FREE trial, with full access to all stories! 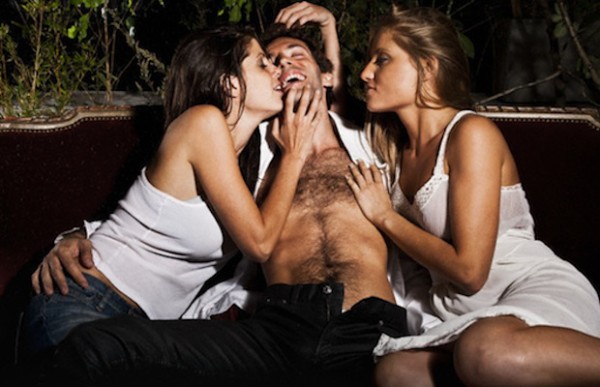 Aunt Louise and Her Noises (Fucked My Auntie)